View RALI news and insights to keep up to date with the latest on trend developments relating to future leadership capability and experience requirements and the future world of work.
Uncategorised
Portion control

That’s the two-part secret of smart eating–you don’t have to eat everything on your plate, and if you’ve got trouble with that, put less on the plate to begin with.

But the same rules apply in our daily lives. If a meeting is scheduled for an hour, you’re allowed to leave after ten minutes if you’re done.

The digital economy has created an endless buffet, and it’s easy to overeat. When confronted with infinity, is it okay to blink?

Portions are up to us.

7th Jul 2019 | 12:00am
Uncategorised
She Was Picked to Be the EU’s First Female Figurehead. Her Critics at Home Ask: Why?

The European Union might be about to get its first female figurehead, if the governments of its member states get their way.

Ursula von der Leyen, Germany’s defense minister, suddenly emerged Tuesday as the compromise candidate for the bloc’s top job, which is currently occupied by Jean-Claude Juncker. Now all that lies between her and the presidency of the European Commissionâ€”the body that proposes EU laws and represents the EU on the international stageâ€”is the approval of the European Parliament.

But that approval is by no means a sure thing, thanks to von der Leyen’s mixed track record and the process by which she was chosen. Europe’s socialists and greensâ€”and even some of her fellow conservativesâ€”are unlikely to back her, so there’s a chance the process may soon revert to square one. Oh, and her nomination could also bring down the German government.

So, who is Ursula von der Leyen, and why is her potential appointment so controversial?

Von der Leyen is, according to recent polling, one of Germany’s two least popular ministers. (The transport minister recently took her place at the bottom thanks to a failed autobahn toll program.) But she wasn’t always held in such low esteem.

Her career in the cabinet of German Chancellor Angela Merkel began in 2005, when she became the minister for family affairs and youth. The mother of seven took on the more conservative wing of her Christian Democratic Union (CDU) party by pushing for a huge expansion of daycare spaces, and introducing Germany’s paid parental leave scheme, which includes at least two months of paid leave for fathers.

After she became minister of labor and social affairs in 2009, von der Leyen forced Merkel to drop her opposition to boardroom quotas for womenâ€”though the measure that would have imposed such quotas was defeated in the German parliament.

Von der Leyen acquired the nickname “Zensursula” (a play on the German word for censorship) with her push as family minister to have child sexual abuse material automatically blocked on the German Internetâ€”a hugely controversial move, given the implications for automated censorship infrastructure, and one that was ultimately repealed.

But it was in her role as German defense minister, from 2013, that von der Leyen became especially unpopular.

Under her, the ministry broke procurement rules in the way it awarded contracts worth hundreds of millions of euros to outside consultants such as McKinsey; a parliamentary investigation is still underway.

The German army and air force’s equipment remains barely fit for purpose, despite her attempts at modernization. Repairs on a naval training ship ballooned from under â‚¬10 million ($11.3 million) to â‚¬130 million. And, during scandals over sexual harassment and radical right-wingers in the army, she faced calls to resign after saying officers had an “attitude problem,” rather than accepting responsibility herself.

So it’s not surprising that there’s been a less-than-complimentary reaction back home to her nomination for the Commission presidency. One unnamed lawmaker from her party told the Financial Times that it was “good for the army that she’s going [as] her years as minister have been really hard for the armed forces.”

Martin Schulz, a former European Parliament president and a prominent member of the Social Democrats (SPD)â€”Merkel’s junior coalition partnersâ€”said von der Leyen was the country’s “weakest minister,” adding: “Apparently such a performance suffices to become head of the Commission.”

Why they want her

Nonetheless, von der Leyen does tick quite a few boxes as far as Europe’s leaders are concerned.

For a start, she was born and raised in Brussels, the EU’s baseâ€”her father was a civil servant there in the union’s early days. She speaks fluent French (a must-have for French President Emmanuel Macron) and English. She is a federalist with a history of advocating ever-closer ties between EU member states, and she once called Brexit “a burst bubble of hollow promises.”

But perhaps most importantly, hers was a name on which the national leaders could agree.

It wasn’t supposed to be this way. The next European Commission president was supposed to be the second (after Juncker) to be nominated under the so-called Spitzenkandidat (lead candidate) processâ€”the various transnational blocs in the European Parliament each campaigned for the May parliamentary elections with a top candidate as their figurehead, and the next Commission president should have been one of those figureheads. But when it came to the crunch, the national leaders couldn’t agree on any of the lead candidates becoming president.

So on Tuesday, von der Leyen’s name was proposed (reportedly by Macron) as a compromise, and the national leaders struck their deal: Germany’s von der Leyen would get the Commission presidency, France’s Christine Lagarde would head up the European Central Bank, Belgium’s Charles Michel would become the new president of the Council (the body representing national governments) and Spain’s Josep Borrell would become the EU’s head of foreign affairs.

The whole point of the lead-candidate process was to enhance EU democracyâ€”after all, the European Parliament elections are the only opportunity for citizens to vote for the people they want to see in the EU’s big institutions, and those representatives are supposed to put forward the candidates for the top jobs. So the backroom deal around von der Leyen is being seen as a big betrayal.

“We cannot simply throw the top candidate principle overboard because the results of the election do not suit some heads of government,” said Iratxe GarcÃ­a, the new head of the powerful Socialists and Democrats bloc in the European Parliament. “Ursula von der Leyen is unacceptable as head of the EU Commission for social democrats.”

The Greens said the parliament should not agree with the backroom deal. Even the spokesperson for the conservative European People’s Partyâ€”von der Leyen’s own blocâ€”said “it is not up to the European Council to tell us for whom to vote.”

Von der Leyen will have a lot of convincing to do, before the Parliament votes on her appointment in a couple weeks’ time. And even then, the deal could cause big ructions back home, possibly putting an end to Merkel’s government.

The coalition between Merkel and von der Leyen’s Christian Democratic Union (CDU) and the SPD is already deeply shakyâ€”the junior partners have seen their supporters drift off to the Greens and the Left because of their continued involvement in the coalition, so they are likely to shift leftwards in a bid for survival.

Even though Merkel abstained from the Council vote that made von der Leyen the official proposal for the presidencyâ€”in order to try keeping her coalition togetherâ€”the SPD is furious. Sigmar Gabriel, a former SPD leader and still a party big wig, described von der Leyen’s proposed elevation as an “unprecedented act of political trickery” and said it might be reason for the party to leave the German government.

â€”The Bahrain Conference: What the experts and the media missed

Catch up with Data Sheet, Fortune‘s daily digest on the business of tech.

6th Jul 2019 | 09:53pm
Uncategorised
Step aboard the USS Jason Dunham, one of the versatile destroyers the Navy uses to do everything from nabbing pirates to tracking Russian warships

Commissioned in late 2010, the USS Jason Dunham is one of the Navy’s newest and most capable guided-missile destroyers.

The easiest way to get someone’s attention is to compare them to someone else.

When people compete on the same metrics (how many followers, how much income, how many points scored) the focus gets very tight. With a simple metric, there’s no confusion at all about how to earn more status.

The irony is that the simpler the metric, the less useful the effort is.

Big ideas, generous work, important breakthroughs–to pursue these goals is to abandon the metric of the moment in favor of a more useful sort of contribution.

If we want smart kids, the GPA is a lousy way to get them.

What’s the hardest thing you’ve ever done? The thing everyone said was impossible, that you knew you had to do anyway, and that you doubted a thousand times while it was underway that you’d be able to see through to the end?

There’s a good chance you can think of at least one example. And an even better chance it doesn’t even come close in monumental, soul-smelting intensity to what Tracy Edwards put herself through back in 1989 to 1990, along with the all-female crew of her racing yacht Maiden. In that year, with the dismissive, derisive, mostly male eyes of the racing world upon them, this 9 member crew proved beyond a doubt that they could sail every bit as skillfully and fearlessly as their male competitors in the Whitbread Round-the-World-yacht-race.

They crossed the southern ocean from Uruguay to Australia, surviving icebergs and deadly waves to win the most difficult leg of the race, then beat their closest rival, move for move, in a tactical sprint to New Zealand. By the time they made it home to England, derision had long given way to admiring awe.

Tracy and her crew did a thing everyone thought was impossible. And in doing so they gave hope to countless others. The documentary film MAIDEN, out from Sony Pictures Classics, captures every leg of their incredible journey, and shows the full cost and rewards of Tracy’s single-minded persistence.

Surprise conversation starters in this episode: 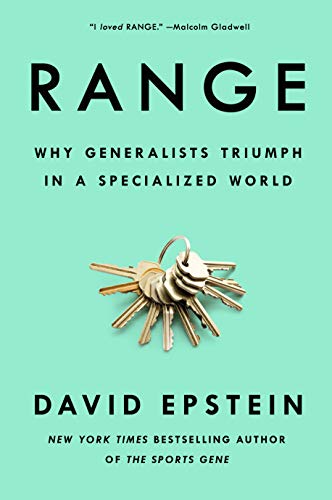 Let me paint you a picture: I had just reached a significant milestone in my freelance writing career, and I was feeling on top of the world. I shared my accomplishment on social media, and I received heartfelt responses and congratulations, which made…

In a competitive work environment, itâ€™s up to you to move your career forward. You have to be proactive and continually refine your skill sets to advance and thrive. The corporate climb is always evolving, and staying on top of the latest trends in the business world is key to ensuring that you enjoy many years of success and growth.

The Florida version of the SpaceX Starship looks shinier and seems to have better workmanship overall than the Texas version of the Starship. The first two photos are the shinier Florida Starship and…